The Brackenridge Park Conservancy, working together with the City of San Antonio Parks and Recreation Department, has begun the process to renovate the historic Sunken Garden Theater and create a more functional event venue for the citizens of San Antonio and visitors alike.

The general goal is to repair and enhance historic features of the site as outlined in the CoSA 2017 Bond Project. These site features include the Brackenridge Lily Pond, Upper Labor Dam, Upper Labor Acequia, Pump House, and Lambert Beach. The directive for the areas are: preserve and rehabilitate the Lambert Beach river walls acequia walls and upper labor dam; preserve the lily pond walls and water gates; and rehabilitate and restore the pump house structure.

After 122 years of loving the Park, these historic grounds are in need of a radical renaissance. Within this treasured community space, stone walls are crumbling with natural areas overgrown and impassable, while historic buildings are in serious disrepair

The Historic Acequia is situated between the Upper Labor (Lily Pond) and along the north side of the water raceway to the pump house. The Lily Pond supplies the water to the acequia through a control gate on the north side of Brackenridge Road culvert bridge near the upper end on the acequia. The lower end of the acequia by the pump house used to be gated but now open and releases water through the zoo property. The acequia is composed of grouted stone walls and an undetermined bottom. Some of the walls for some length are deteriorating and in need of repair. Many large trees have grown up near the walls and have contributed to the wall deterioration as well as surface drainage from paved areas up slope of the acequia. There is existing asphalt paved parking along Brackenridge Road as well as along a drive abutting the zoo fence line.

Every San Antonian has a memory of Brackenridge Park — family gatherings under the shade trees, driving through the low water crossing, riding the paddle boats on the river. Enjoying Brackenridge Park has been a part of our shared history for more than a century.

Situated just below the headwaters of the San Antonio River, the site of Brackenridge Park has been an oasis for humans for 12,000 years, from indigenous people who found water, food, and shelter here to Park visitors today who come to relax along the river, to wade in the low water crossing with their children, and to explore the Park's historic sites and some of San Antonio's most beloved attractions. 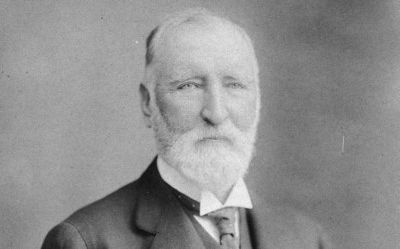 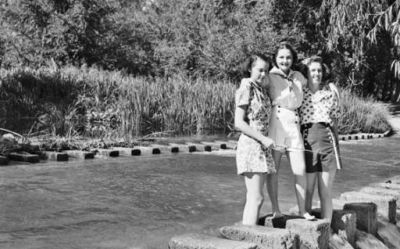 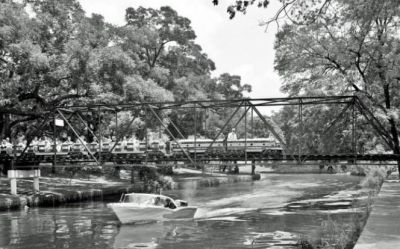 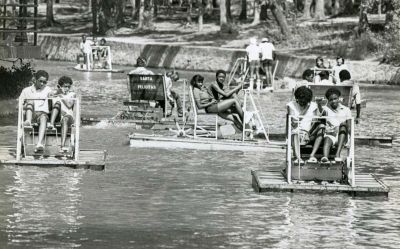 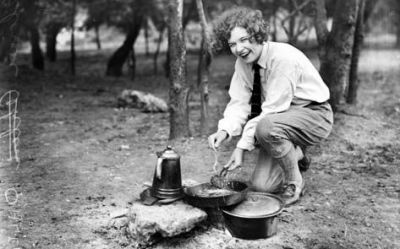 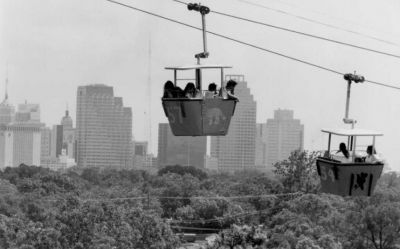 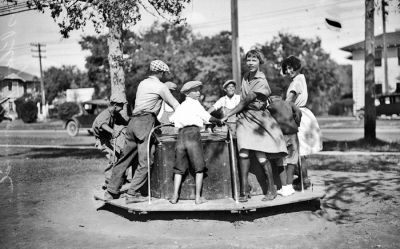 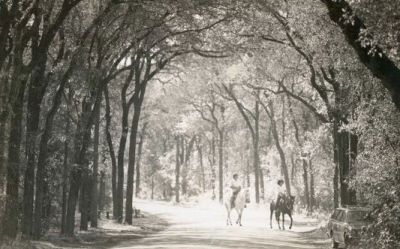 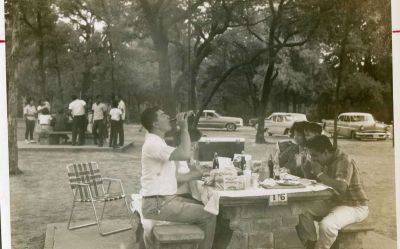 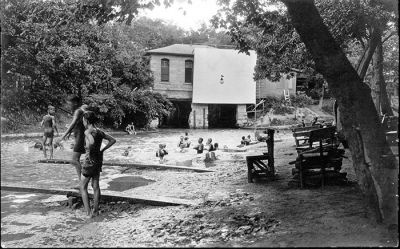 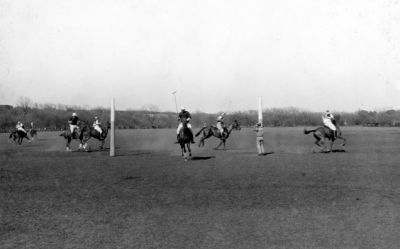 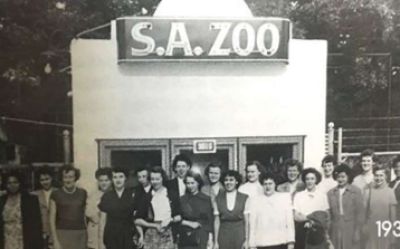 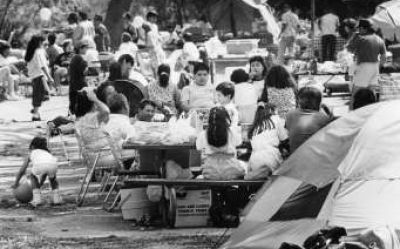 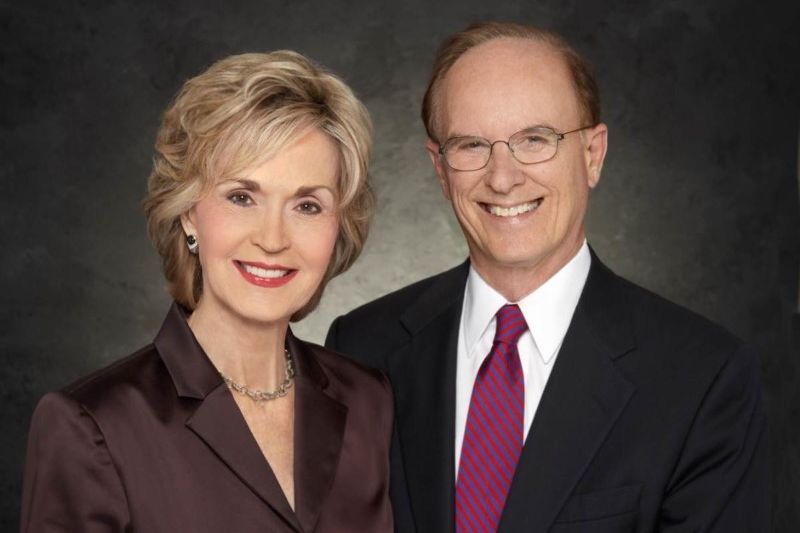 Party in the Park celebrates Nelson and Tracy Wolff for their dedication to our community,... 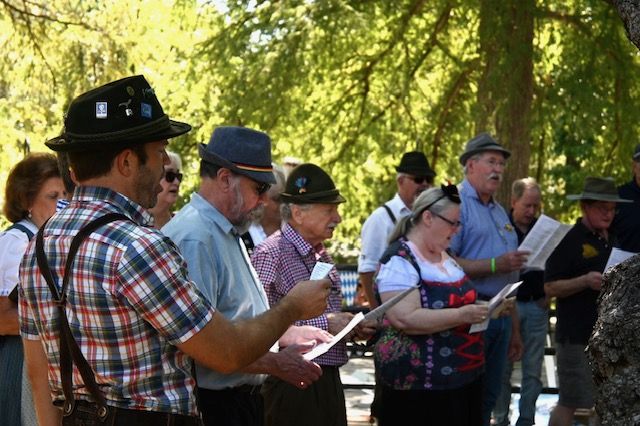 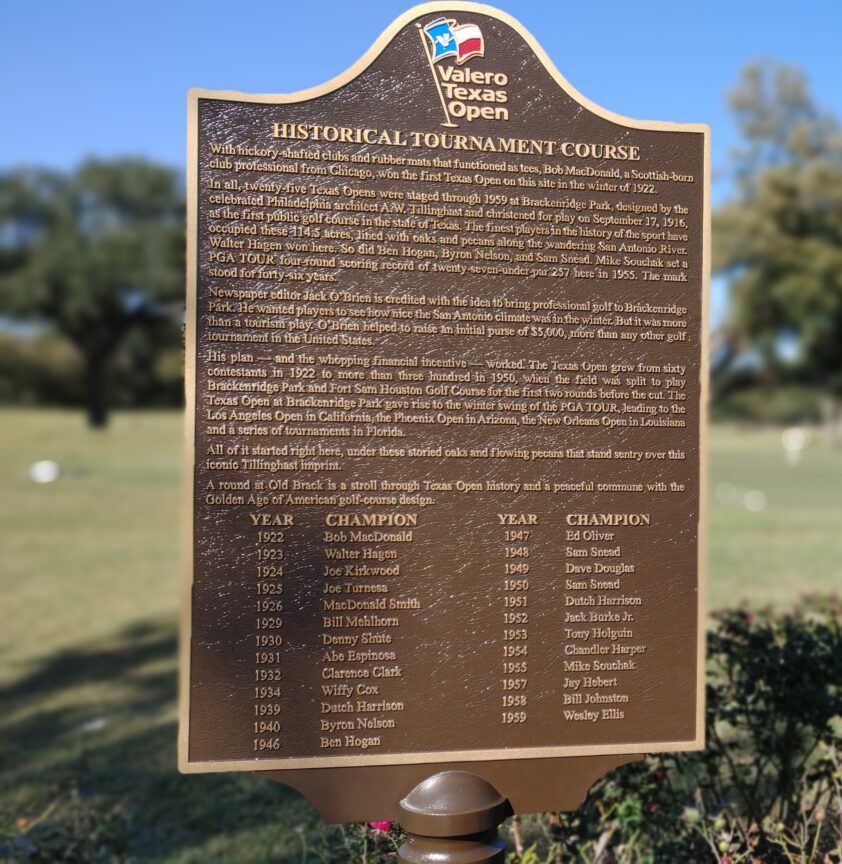 A commemorative plaque honoring the role the historic Brackenridge Park Golf Course played in the 100-year history of the Texas Open has dedicated recently.

Long before the pandemic, San Antonio’s Brackenridge Park, a recreational jewel with a history of...

The Brackenridge Park Conservancy, working together with the City of San Antonio Parks and Recreation Department, has made the steps to improve the current Sunken Garden Theater to make it a more functional event venue for all the citizens of San Antonio.

Since its opening in 1930, nearly 92 years ago, the theater has been a notable venue hosting shows ranging from Shakespeare in the Park to Carlos Santana, Bob Dylan, Sheryl Crow, Phil Collins, Rage Against the Machine, Vans Warped Tour, Bob Marley Fest, and many more. In recent years, the wear and tear of the nine decades of use has begun to show and has prevented the theater from reaching its full potential.

The proposed renovations would elevate the theater into a top-tier facility that would attract world-class acts that are currently passing San Antonio by for shows in other major Texas cities and would provide San Antonians with a convenient entertainment venue, while maintaining the historic integrity of the theater. The renovations to Sunken Garden Theater would boost the local economy by creating 1,000+ construction FTE jobs and 170 annual FTE jobs annually from operations, creating an overall estimated economic impact of $239 million within the first 10 years of operation. Theater operations will help fund the priorities of the Brackenridge Park Conservancy’s mission, which is to safeguard the Park’s natural, historic, educational, and recreational resources for the enjoyment of current and future generations.

The Brackenridge Park Conservancy has created a sound attenuation plan for the redevelopment of Sunken Garden Theater that will serve to attenuate sound emissions from the venue. Elements of the plan, none of which currently exist at the theater, include:

The Brackenridge Park Conservancy has plans to create a safe and effective traffic flow system for all events at Sunken Garden Theater including:

There is no intent to prevent people from coming to or enjoying the Park. The Brackenridge Park Conservancy feels strongly that the Park has been and will continue to be a Park for people from the entire city to enjoy. The point of the renovations to Sunken Garden Theater is to create another aspect of the Park where San Antonians can come together to partake in concerts and events in a facility that better serves them. There will be a wide variety of programming that will aim to provide entertainment to citizens of all interests and economic levels. Day visitors to the Park who aren’t participating in the events at Sunken Garden Theater will not be inconvenienced as events will occur in the early evening, at a point when most families will be heading home after enjoying the Park for the day.

The Sunken Garden Theater currently has 879 permanent seats. Concert and event promoters have the option of adding additional temporary seating. The general admittance to the fenced grounds of the theater is 4,800 spectators. Plans to renovate Sunken Garden Theater allow for 5,900 reserved seats and 1,100 lawn seats, for total capacity of 7,000 seats.

Since the start of this renovation project and prior to its media announcement in September, Brackenridge Park Conservancy has held briefings with the Mayor and City Council, Bexar County Commissioners Court, Conservation Society of San Antonio, River Road Neighborhood Association, City Manager, City Department of Parks and Recreation, City Department of Public Works, and other community leaders. We anticipate continued and ongoing opportunities for public input.

The plans to renovate Sunken Garden Theater do not contradict the Brackenridge Park Conservancy’s mission. The Conservancy is aiming to renovate a historic theater that has fallen into disrepair as opposed to letting it continue to deteriorate or allowing it to be transformed into something outside the realm of its original purpose. The design would incorporate existing structures, restore features that have long since ceased to function properly, and add sorely needed improvements such as restrooms. The addition of a mass timber-frame roof, grass berm for seating, enclosed stagehouse, and expanded venue entrance would not detract from the historic integrity of the theater. The renovations to Sunken Garden Theater will be approved by State of Texas and local agencies and will not impact the surrounding natural areas, as any renovations will be done within the confines of the existing facility. The revitalization of the theater serves to provide additional recreational opportunities for the people of San Antonio with expanded programming for citizens to enjoy for generations to come. Theater operations will help fund these priorities and further the security of the Park into the future.