An Interdisciplinary, Time-Layered Approach to Preservation 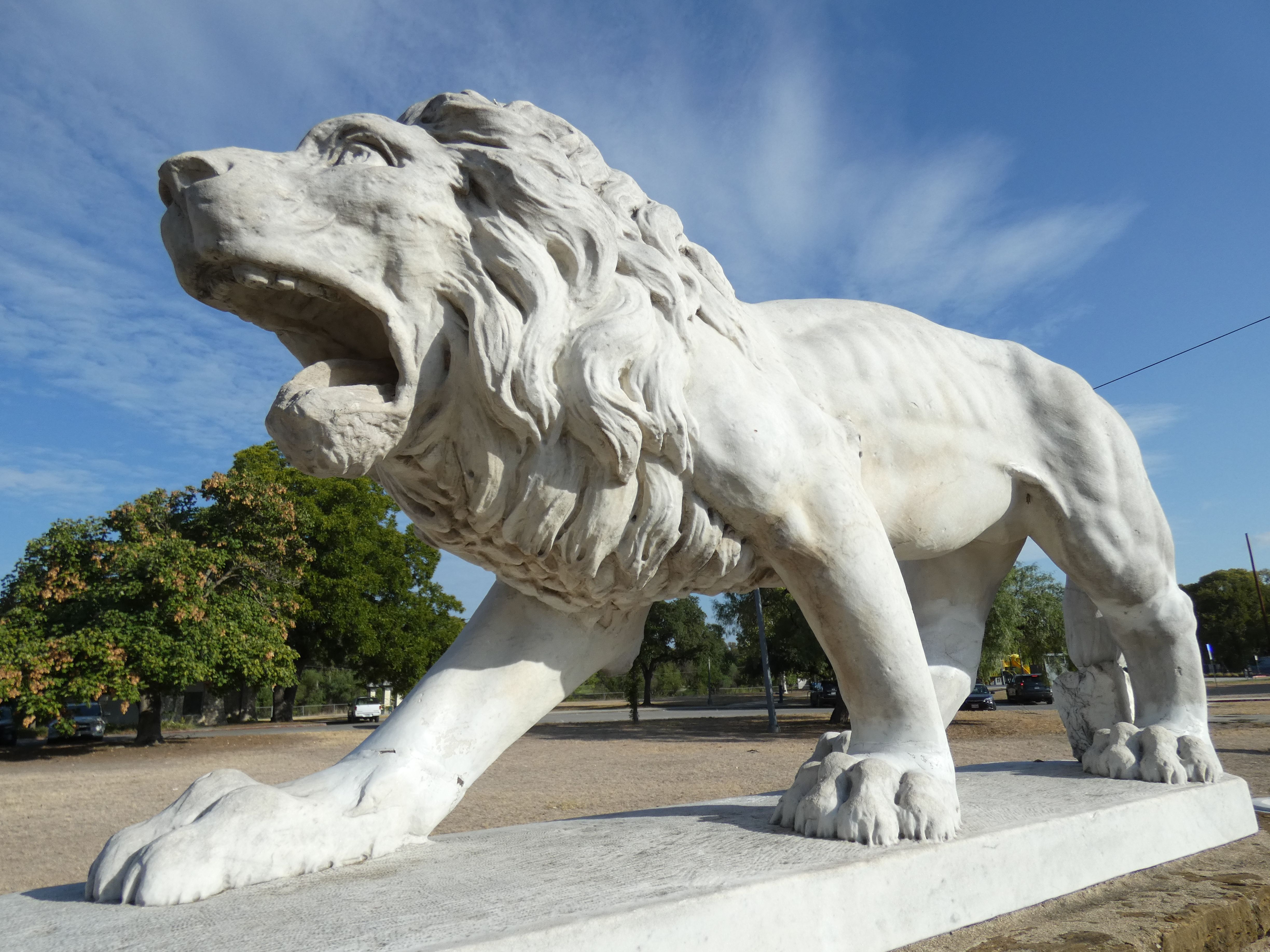 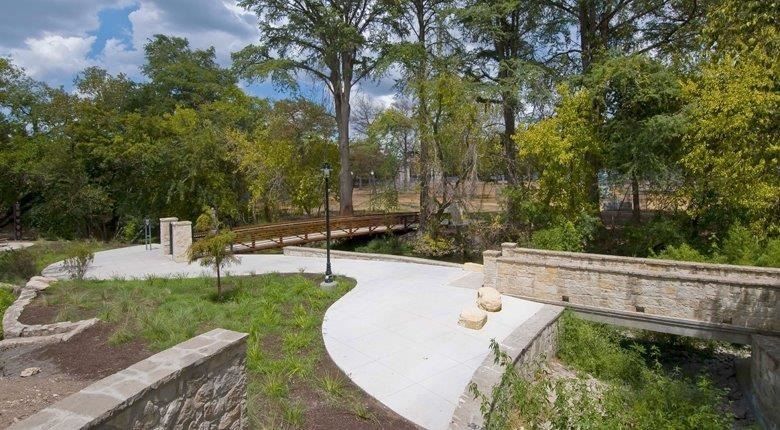 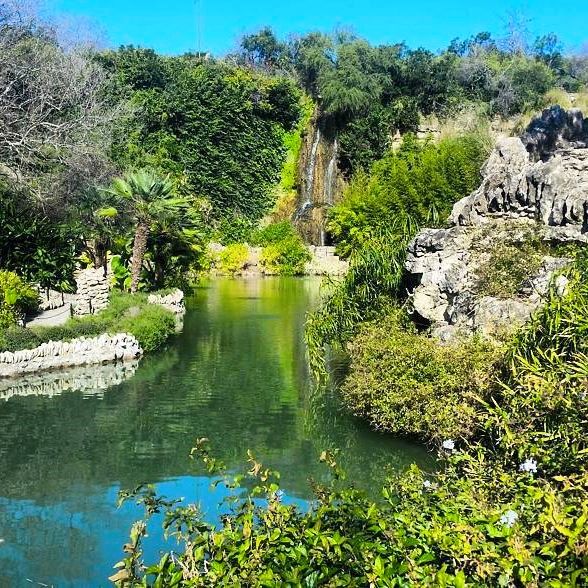 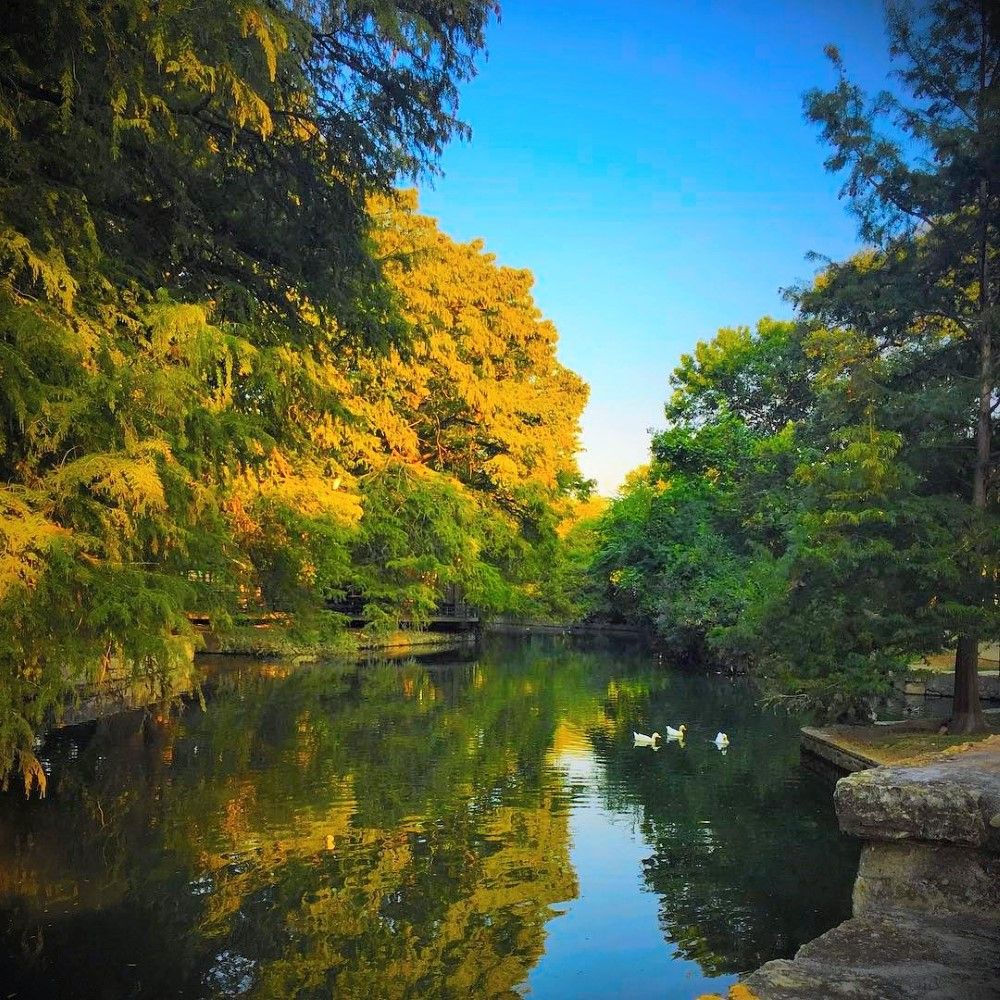 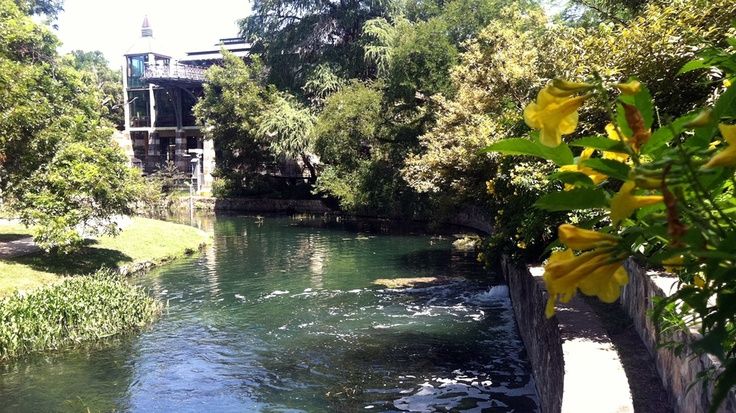 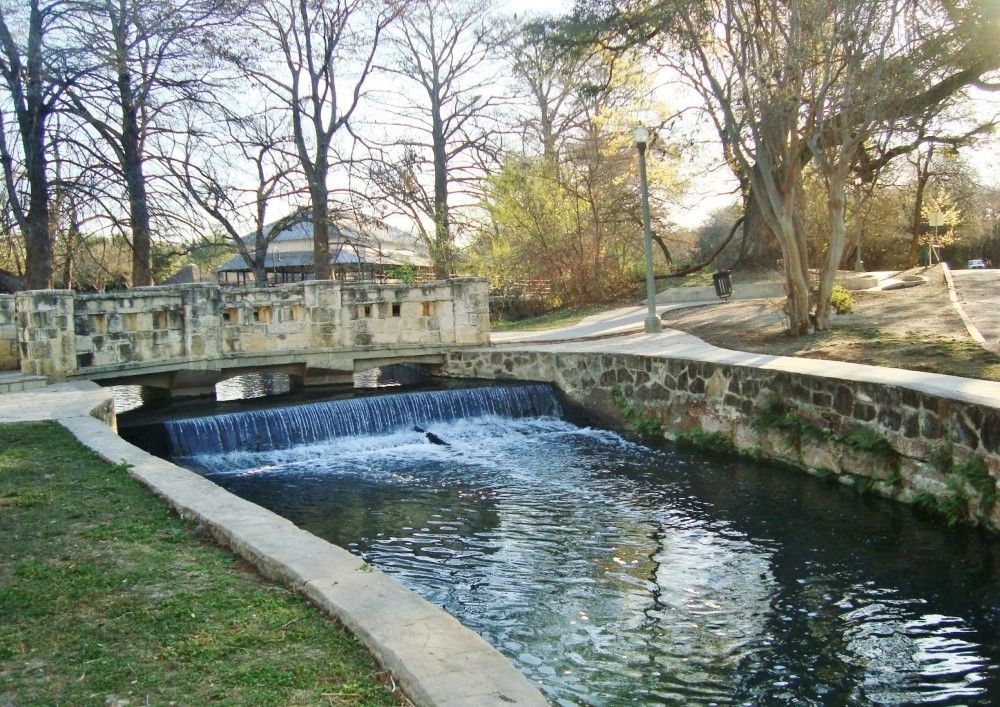 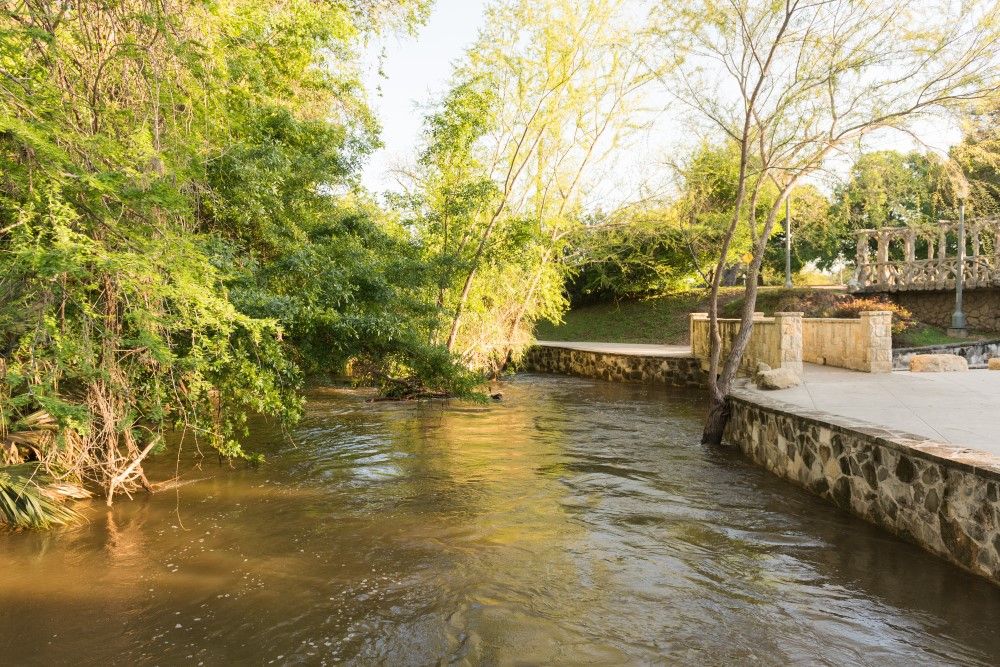 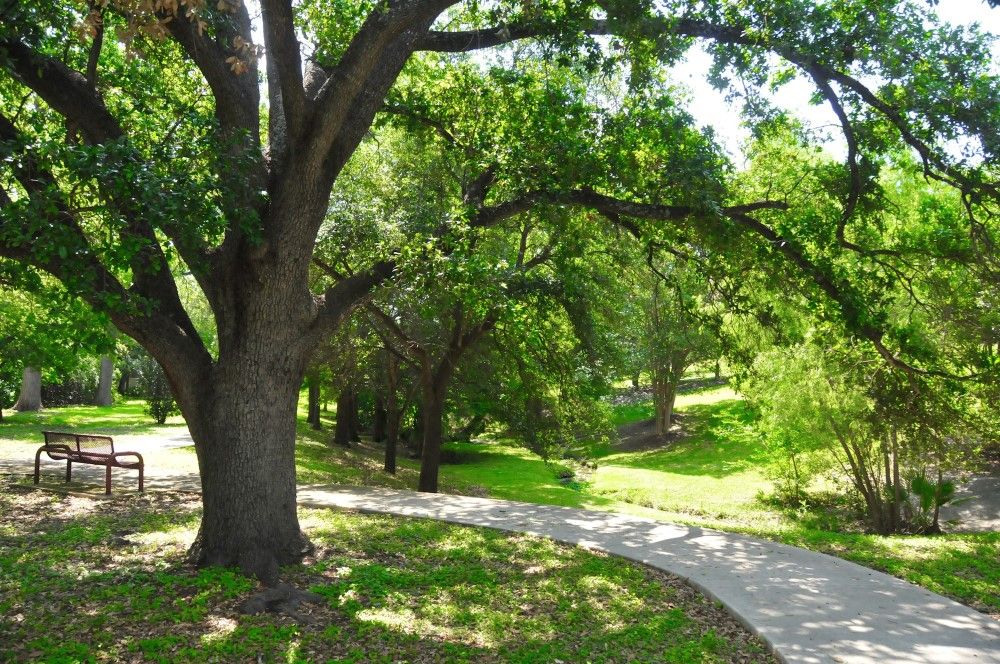 The Brackenridge Park landscape contains an astonishing 12,000 years of documented prehistoric and human interaction with the upper course of the San Antonio River. In that span, its 120-year existence as a municipal park is relatively short. Brackenridge Park is thus more than a municipal park. It is a rich and complex cultural landscape that not only merits pride and deserves protection but also demonstrates that landscapes are inherently dynamic.

At present, Brackenridge Park is in decline. Its historic and public value have become less and less comprehensible. And a piecemeal approach to improving its current conditions will not serve its long-term viability. Yet the ultimate purpose of preserving this cultural landscape cannot be to freeze it in time. We should not toil to create a static and outmoded representation of one single period of its existence. That would be wholly impossible. The very act of landscape preservation at Brackenridge Park necessitates a nuanced understanding of its past to chart a new way forward.

Brackenridge Park holds stories about San Antonio’s foundations and origins. Revealing these stories requires interdisciplinary measures on a grand, systemic scale. The most powerful landscape preservation will convey that this place is ecologically, historically, and culturally meaningful and relevant across the arc of time. Landscape preservation at Brackenridge Park must make obvious to the public the many layers that contribute to the site’s distinctive local character and national importance, with paramount focus on the long-term sustainability of the Park and the many ways that this landscape defines San Antonio’s identity—that of both the place and its people.

This Cultural Landscape Report (CLR) calls for an interdisciplinary systems-based approach to the Park’s preservation and future growth and sets four intentions: (1) to heal Brackenridge Park’s ecology, (2) to protect and celebrate its many layers of historic significance and cultural diversity, (3) to elevate its identity locally and nationally, and (4) to usher it into the 21st century.

A distilled explanation of the Treatment, focusing on the overarching approach, is included in the final section of the Executive Summary. Following the Executive Summary is a two-part introduction. Part One acquaints CLR users with the Park’s history and explains terminology so that readers will understand, at a technical level, the complicated network of cultural and related landscapes. Beginning with municipal park, each term builds on the previous term to convey how Brackenridge Park fits into this network and how its CLR historians, designers, and ecologists believe it can categorically distinguish itself from other cultural landscapes. Part Two focuses on the Brackenridge Park CLR Outcomes, summarizing its Statement of Significance, Determination of Integrity, and Treatment Recommendations, including priority systems and projects.

A deliberate shift in Brackenridge Park’s identity is justified. It should be elevated in the eyes and minds of the local community and widely known outside of San Antonio. Brackenridge Park should be loved and experienced as an immersive landscape of learning—a cultural park that is equal parts ecological laboratory, outdoor museum, leisure and recreational park, and revered setting.

In the immediate future, updating Brackenridge Park’s National Register Nomination to recognize its cultural resources as significant beyond the local level will begin the technical process of elevating its identity. But physical interventions are also necessary.

Eight natural and constructed landscape systems represent the site’s continuum through time and collectively contribute to Brackenridge Park’s defining spirit—whimsical, romantic, and distinctly San Antonian. Yet these systems are currently either in jeopardy or invisible. The systems include:

These struggling systems make up the framework for the Park. Historically and in the present, they define and imbue this landscape with meaning. For these reasons, this CLR Treatment calls for these systems to be addressed ahead of individual projects in Brackenridge Park.

Together, these systems must become healthy, visible, and cared for, and they must be constant signifiers of the landscape’s ongoing continuum. When this is achieved, Brackenridge Park will transform into a place for which people feel the pride, responsibility, and shared ownership that is necessary for a thriving urban park.

An Interpretation strategy is also critical for the Park’s viability. Interpretation must be developed in unison with and as an inextricable component of the systems. Brackenridge Park’s interpretation should be forefront in its expansive history and San Antonio’s ecological and cultural heritage, with deliberate commitment to diverse and inclusive representation.

Continued dynamism is equally vital to the landscape’s longevity. As this systems-based Treatment is implemented, the many current uses and rituals that contribute to the Park and San Antonio’s rich identity can and should remain. But new uses and users will also emerge as population and climate shifts occur and as scientific and technological advances are made. The location, organization, and management of existing and new cultural layers must be considered in tandem with the overall sustainability of the Park’s systems.

The CLR Treatment includes one other recommendation that the City of San Antonio should work toward as a longer-term goal—achieving congressional designation as a National Heritage Area.

Brackenridge Park is one among many cultural sites in the City that emerged along the San Antonio River and its system of artesian springs, expressing the natural pattern of early human settlement along water. Deliberately designing linkages between these sites through interpreted urban greenways will elevate Brackenridge Park—and each linked site— to a precedent-setting level of landscape excellence that not all cultural landscapes possess.

Tomorrow’s Brackenridge Park will be an immersive landscape of learning. Its local, state, and national significance will be evident to users, and its identity as a public land will be indelible.

The Cultural Landscape Report definitively concludes that Brackenridge Park is distinctive in the state of Texas, the nation, and in the world.

The Brackenridge Park landscape is highly significant due to its multiple periods of development in five crucial areas:

Envisioning Brackenridge Park as Part of a National Heritage Area

What are the benefits of a NHA designation?

We are ALL stewards of a landscape that takes on greater importance than previously imagined.

The CLR is now a primary management tool that records the past, captures the present conditions, and proposes opportunities for the future.

Fundraising is identified as crucial for management and for adopting a systems-based approach.

We can come together and move forward with these principles to heal Brackenridge Park.

From the Cultural Landscape Report