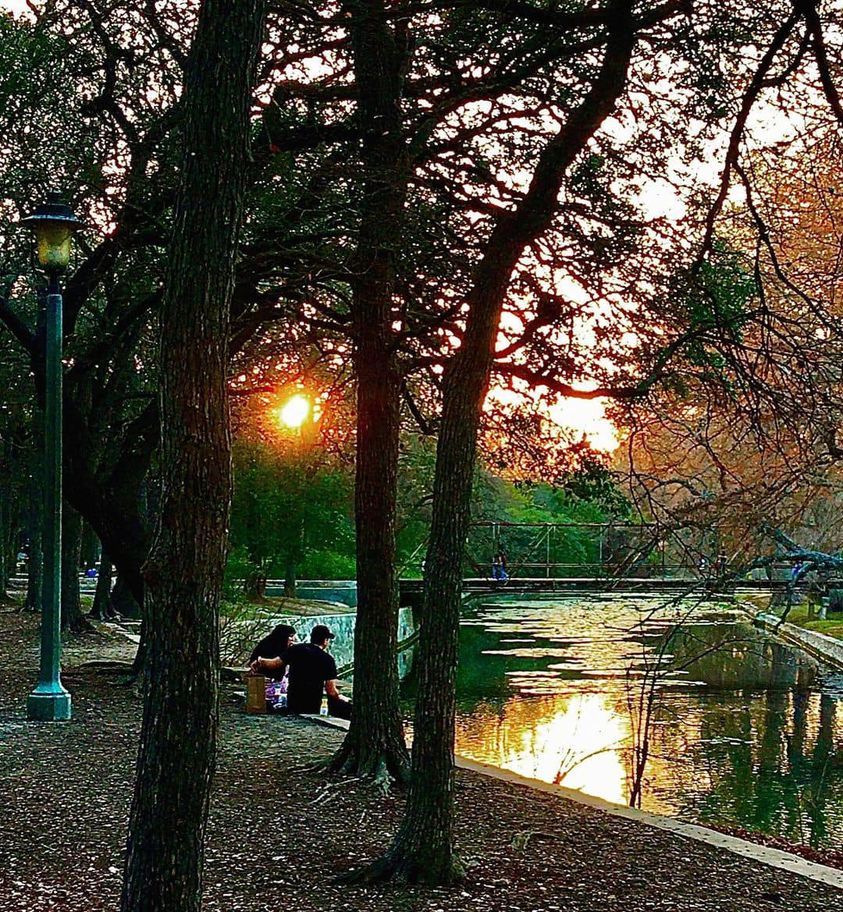 Nominations for San Antonio Magazine's Best of the City 2023 Awards are now open through Nov. 25. Encourage your family, friends, and co-workers to nominate Brackenridge Park in the categories of Park, Hike or Bike Trail, Family Friendly Fun, Dog Park, and Free Fun. Click here to vote for your favorite Park!

The Brackenridge Park Conservancy is a steward of and an advocate for the park and an instrument for preserving and enhancing the park’s natural, historic, educational and recreational resources for the enjoyment of current and future generations.

Brackenridge Park will be a nationally recognized urban park and a recreational treasure for all park users. The Brackenridge Park Conservancy will help secure long-lasting financial, institutional, and community support for the park’s preservation, enhancement, and maintenance. The Conservancy seeks to ensure the best possible user experience for current and future generations.

A Brief History of BPC

The San Antonio Conservation Society, which has played an active role in the preservation of Brackenridge Park for more than 50 years, formed a Brackenridge Park committee shortly after 2000, and in 2005, retained the Central Park Conservancy to prepare a Strategic Assessment and Recommendations for the Park.

Lane Addonizio of the Central Park Conservancy visited San Antonio in May 2005. Following completion and acceptance of her report, the Society initiated the formation of the Brackenridge Park Conservancy (BPC), establishing a special committee that met throughout 2006-2007.

During this time, SACS committee members met with City of San Antonio officials to advocate for Park improvements. A major focus was Miraflores which had been acquired by the City and was entered on the National Register of Historic Places. The Society advocated successfully for the City to restrict $750,000 received as part of the Miraflores land transfer for the improvement of this new addition to Brackenridge Park.

In June 2006, the special committee voted unanimously to recommend to the Society’s Board of Directors that $35,000 be allocated as seed money for the establishment of the Brackenridge Park Conservancy. A report and motion were presented and adopted by the Board at its June 21, 2006, meeting. A steering committee chaired by June Kachtik was convened and met regularly to develop a vision, mission, and goals for the BPC, bylaws, and a budget and funding plan.

The BPC was incorporated in September 2008 and held its first official meeting on Oct. 6, 2008. Committee chairman June Kachtik was elected the BPC’s first president. Tax exempt status was applied for and received, and a founding board was elected in February 2009. A memorandum of understanding was also signed between the Conservancy and the City of San Antonio’s Parks and Recreation Department. As part of the memorandum, the city leased BPC the former concession building near the Joske Pavilion for use as an office.

Ongoing organizational efforts included a board retreat facilitated by Al Notzon in May 2009 and the formation of committees devoted to master planning, the built and natural environment, and education. Bank accounts were set up, budgets developed, and a website established. In July 2009, Warrie Smith Price, a San Antonian and founder of NY’s Battery Park Conservancy, spoke to the BPC about her group’s challenges and accomplishments.

Working with the Conservancy’s board, Powell and the board established policies, created a membership program, and undertook initiatives to preserve and improve the Park. During this time, the Donkey Barn property was successfully transferred to the Zoo and a historic water sluice salvaged for future installation as an interpretive feature. Educational programs were developed and offered to school groups and adults. Parktoberfest was established, and BPC held its first fundraiser, the Spirit of Brackenridge Park. Both events proved popular and are now held annually.

The BPC partnered with other organizations and agencies to address the feral cat problem in the Park and also completed a biodiversity study. In September 2014, Ford, Powell and Carson Architects completed Phase I of the Brackenridge Park Master Plan, and Alamo Architects completed a comprehensive evaluation of the Park’s deteriorating masonry features. These documents proved to be key elements in the 2015 Brackenridge Park Master Plan funded through a $225,000 City budget allocation.

The City engaged a consultant team led by Jim Gray of Rialto Studio and work began in July 2016 to update the 1979 Brackenridge Park Master Plan, the only master plan officially adopted by the City Council. Eight public meetings were held and five events-based activities were held in the Park. The draft master plan was presented to the City Council Neighborhood and Livability Committee which directed the Parks and Recreation Department to reduce its scope. The final Master Plan will be presented to City Council on March 2, 2017.

Nominations for San Antonio Magazine's Best of the City 2023 Awards are now open through Nov. 25. Encourage your family, friends, and co-workers to nominate Brackenridge Park in the categories of Park, Hike or Bike Trail, Family Friendly Fun, Dog Park, and Free Fun. Click here to vote for your favorite Park!